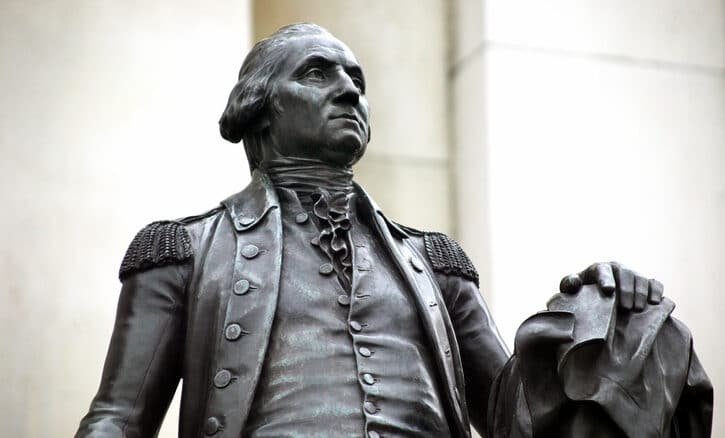 We have all heard the story about George Washington wearing wooden teeth. America’s Founding Father’s teeth-or lack thereof- is famous in America’s history, but the truth is the dentures were not made from wood. He had several sets of dentures, none of which was made of wood.

A History of Dental Problems

Despite being a legendary figure who led America to independence, he suffered from dental troubles all his adult life. He had toothaches, ill-fitting dentures, inflamed gums, lost teeth, and other dental miseries. He had only one tooth in his mouth by the time he became president in 1879. He used dentures made of hippo ivory, brass, and gold to replace the lost teeth. They were ill-fitting, which caused him pain, disfigured his face, and made it difficult for him to talk and eat.

A Man of Few Words, and Teeth

Though he sought the best dental care in his time, there wasn’t much that could be done in the 18th century compared to now. His dental health affected his speech, and his inauguration speech in 1973 is the shortest in America’s history. It was 135 words and lasted for two minutes only. Washington was well known for his composure and chose to keep his dental troubles private. They were a source of discomfort and embarrassment, and he usually remained silent unless he needed to speak. After he lost his last tooth, his dentist made him a pair of dentures. The lower one is held at the New York School of Medicine, and the only full set remaining is in Mount Vernon collections. Washington’s dental problems affected a significant part of his life. One thing we can learn from his life is that dental care is essential. Visit us for dental check-ups and treatments to avoid serious dental problems of your own.