How Do Dentists Remove Tartar? 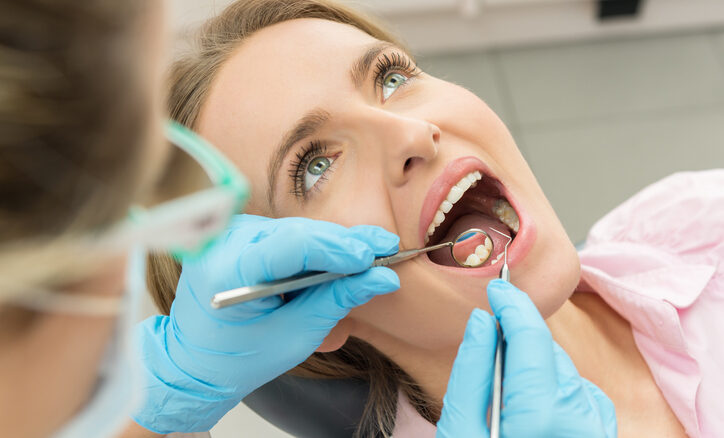 You may already know that as part of routine dental cleanings, your dentist removes the tartar that has built up, on the surface of your teeth. But what exactly is tartar, and how do dentists remove it?

Tartar, also known as dental calculus, is a hardened film that forms on the surface of the teeth. It’s produced by the combination of saliva (more specifically, minerals in saliva) and plaque. Plaque can harden into tartar very quickly, generally within 48 hours. So, one of the simplest ways of preventing tartar is removing as much plaque as possible from your teeth by regularly brushing and flossing. Still, some tartar will likely build up on your teeth over time, and then it will need to be removed by a dentist.

Only a dental professional can remove tartar from teeth because the tartar forms an extremely strong bond to the teeth, almost like concrete. It requires professional tools and training to properly remove the tartar once it’s formed. The removal process is fairly simple and painless from the patient’s perspective.

Your dentist or hygienist will generally use a metal instrument called a scaler to scrape away the tartar. It’s a small, hand-held piece of metal with a hooked end that can get through the tartar. If that sounds intimidating, just know that for most patients, the tartar removal is not painful at all, maybe just uncomfortable.

If there’s a very high amount of tartar on the surface of your teeth, the removal method employed by your dentist may be more involved. In some cases, patients may need a deep cleaning of their teeth to get all of the tartar.

Now you may be wondering whether removing tartar is even necessary in the first place. The fact is that you don’t want to let tartar build up in your mouth. It can cause bad breath, promote gum disease, and cause serious damage to the enamel of your teeth. Don’t mess around with tartar.

Make sure you go to regular dentist visits and keep up with your brushing and flossing. These are the best ways to keep tartar at bay.

To make a dentist appointment (including tartar removal) in the Colorado Springs area, check out Crossroads Family Dentistry. We’ll treat you like family!