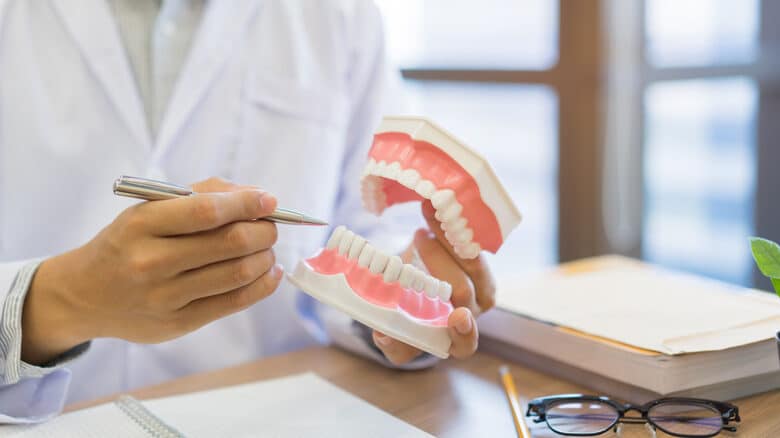 If your gums bleed and you think that it is a normal part of brushing or having teeth, you are mistaken. Such thoughts may interfere with your oral health in negative ways. Specifically, bleeding gums is an indicator of periodontal disease, which may lead to infection and/or tooth loss if left untreated. Don’t hesitate to schedule an appointment with your dentist in Colorado Springs if you suffer from bleeding gums.More than half of all Americans over the age of 30 suffer from periodontal disease, and many of them don’t know this because they haven’t visited a Colorado Springs dentist in so long. The American Dental Association (ADA) recommends visiting the dentist twice per year. Adhere to this advice to prevent bacteria from infecting your teeth and causing periodontal disease.What is Periodontal Disease?Periodontal disease is known as gingivitis in its early stages. Many people also refer to the condition like gum disease. Whatever your preferred name, the results are all the same. Periodontal disease occurs when your gums become infected with bacteria that may spread to the teeth and destroy the structure that supports the jawbone and teeth. This may cause teeth to loosen and fall out.What Causes Periodontal Disease?Periodontal disease is caused by dental plaque bacteria. Plaque is a sticky substance that forms on the teeth after brushing. To get rid of the bacteria, your body’s immune system releases substances that damage the gums, alveolar bone, and/or the periodontal ligament. In turn, swollen, bleeding gums is often the result. This is a sign of gingivitis.How to Prevent Periodontal DiseaseProper dental care is imperative in the prevention of periodontal disease. It’s also vital to visit our dentist in Colorado Springs twice annually, as recommended by the American Dental Association. Don’t hesitate to schedule an extra appointment if you endure tooth pain or experience signs and symptoms that suggest gingivitis or periodontal disease.– Brush your teeth thorough twice each day to help remove plaque from the teeth– Schedule two visits with your dentist each year– Schedule a dental cleaning with the hygienist. This removes plaque in hard to reach areas.– Purchase a soft-bristled toothbrush. Replace it every three months.– Don’t forget to floss.